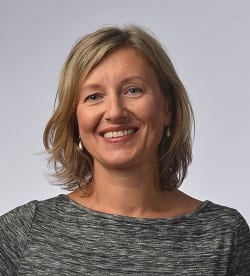 Edyta M. Bojanowska works on empire and nationalism in nineteenth-century Russian literature and intellectual history.  She is the author of two prize-winning monographs.  Her first book, Nikolai Gogol: Between Ukrainian and Russian Nationalism (2007, Ukrainian translation 2013) challenges the russocentric myth of Gogol, a Ukrainian-born Russophone writer.  Her recent A World of Empires: The Russian Voyage of the Frigate Pallada (Belknap, 2018), uses a mid-nineteenth century Russian travelogue about Africa and Asia as a lens onto global imperial history and Russian colonial imagination.  Winning several awards and honorary mentions, A World of Empires gained recognition as a work of both historical and literary scholarship. An effort to integrate Russia into accounts of European imperialism connects this most recent publication with Bojanowska's Guggenheim project, Empire and the Russian Classics (under contract with Harvard Univ. Press), which explores imperial themes in the works of major nineteenth-century Russian writers. She is Professor of Slavic Languages and Literatures at Yale University with a secondary appointment in the Department of History.  She was a Junior Fellow at the Harvard Society of Fellows and spent a year at the Institute for Advanced Study in Princeton on a Burghardt Fellowship from the American Council of Learned Societies. Photo Credit: Nick Romanenko