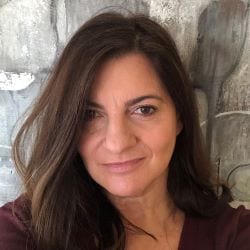 Guillermina De Ferrari (PhD Columbia University 2001) is professor of Caribbean Literatures and Visual Cultures at the University of Wisconsin-Madison. She is the author of two monographs: Vulnerable States: Bodies of Memory in Contemporary Caribbean Fiction (Virginia 2007), a comparative literary analysis of vulnerability in the context of Edouard Glissant's Poetics of Relation, and Community and Culture in Post-Soviet Cuba (Routledge 2014), which analyzes contemporary literature and art in Cuba from the point of view of sociality and postmodern ethics. Her most recent articles include “A Caribbean Hauntology” (JLACS), “Science Fiction and the Rules of Uncertainty” (Small Axe), and “Net, Module, Chance: Repairing Cuba” (Interventions; forthcoming). While directing the Center for Visual Cultures at UW-Madison (2014-2018), she curated the exhibition Apertura: Photography in Cuba Today (Chazen Museum of Art 2015). She is co-editor with Ursula Heise (UCLA) of the Routledge Series Literature and Contemporary Thought. She is co-editor with Mariano Siskind (Harvard) of The Routledge Companion to 20th and 21st Century Latin American Literary and Cultural Forms (2021). She is currently a Senior Fellow with the Institute of Research in the Humanities at the University of Wisconsin-Madison (2018-2022).