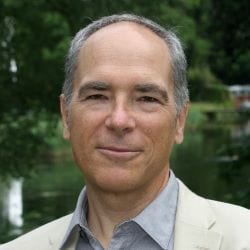 H. Glenn Penny has written extensively on German polycentrism and the relationships between imperialism and the cultural sciences during the modern era.  More recently, his research has focused on histories that expose the interconnections between peoples and societies in German-speaking central Europe and the Americas.  Initially, he thought that work would conclude with a study of the reciprocal fascination between Germans and North American Indians over the last two centuries. His interests, however, only became more global. He is currently pursuing a set of projects on belonging, the habitus of migrants, and interrelations between Germans and Latin Americans. He is also completing a book manuscript titled: Unbinding German History, 1760s to the Present. Glenn has written dozens of articles, edited two anthologies, and authored three books: Objects of Culture (UNC, 2002), Kindred by Choice (UNC, 2013), and Im Schatten Humboldts (Beck, 2019).  The last was a public intervention into the fate of Europe's ethnological collections and their promise for world history. Photo Credit: Wissenschaftskolleg