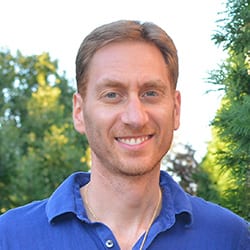 Aaron Rubin is Malvin and Lea Bank Professor of Classics and Ancient Mediterranean Studies, Jewish Studies, and Linguistics at Penn State University, where he has taught since 2004. He teaches courses on Biblical Hebrew, Bible, and, when in demand, Arabic, Aramaic, Modern Hebrew, Comparative Semitics, and Yiddish. His main field of research is the Semitic family of languages, in particular Hebrew, Mehri, Jibbali, and Ethiopian Semitic.

Aaron has published numerous articles and five monographs, including A Brief Introduction to the Semitic Languages (2010), The Mehri Language of Oman (2010), and The Jibbali (Shaḥri) Language of Oman: Grammar and Texts (2014). He has also co-edited four books, including the four-volume Encyclopedia of Hebrew Language and Linguistics (2013). In addition to his work in the field of Comparative Semitics, he co-edited the recent Handbook of Jewish Languages (2016), the first ever comprehensive reference work dedicated to the topic. The Handbook includes chapters on more than two dozen Jewish languages, some of which were previously undescribed. Aaron wrote the chapter on Judeo-Italian, and he continues to pursue research on Judeo-Italian manuscripts, as well as on Judeo-Urdu and other Jewish languages.

The Guggenheim Fellowship will allow Aaron to conduct further research on Mehri and Jibbali, two unwritten Semitic languages spoken in the Dhofar region of Oman. In addition to a revised edition of his Mehri grammar, he plans to work more on comparative and historical issues relating to these languages and related languages in Oman and Yemen.