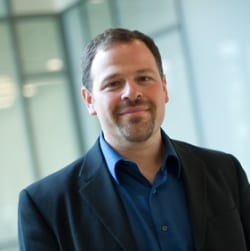 Adam J. Berinsky is a Professor of Political Science at MIT. Berinsky received his B.A. from Wesleyan University in 1992 and his PhD. from the University of Michigan in 2000. He is a specialist in the fields of political behavior and public opinion. While he is primarily concerned with questions of representation and the communication of public sentiment to political elites, he has also studied public opinion and foreign policy, the continuing power of group-based stereotypes, the effect of voting reforms, and the power of the media.

He is the author of In Time of War: Understanding American Public Opinion from World War II to Iraq (University of Chicago Press, 2009) and Silent Voices: Public Opinion and Political Participation in America (Princeton University Press, 2004) and has published articles in many academic journals. He has won several scholarly awards, is the recipient of multiple grants from the National Science Foundation, and was a fellow at the Center for Advanced Study in the Behavioral Sciences. He currently edits the University of Chicago Press’s Chicago Studies in American Politics book series. He is also the founding director of the MIT Political Experiments Research Lab.

While a Guggenheim Fellow, Berinsky will study how political rumors spread and how they can be effectively debunked. By examining the fundamental problem of democratic citizenship – namely the enduring obstacle of political misinformation – his project will advance the study of mass political behavior in new ways and will have important implications for the conduct of politics in the Twenty-First Century.