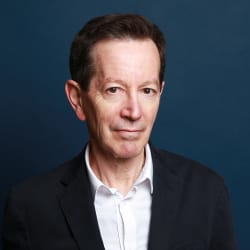 Trained as an ancient historian, with a specialty in Greek epigraphy, and focusing on Classical and Hellenistic Greece as well as Asia Minor, I have broadened my interests to the study of the ancient economy in general. My effort has consisted in providing evidence for the complex economic dynamics of the ancient world. To do so, my approach has been twofold. On the one hand, my efforts have been directed at revealing the main trends and components of economic growth (positive or negative) in the ancient world. On the other hand, I have sought to provide evidence for the specific institutions organizing economic life. In other words, my method has consisted in “trying to make ends meet” by combining both a top down and a bottom up approach. I have illustrated this in two books, La cité marchande, 2000, where I analyzed the role and specific forms of trade in the economy of ancient Greece, and The Making of the Ancient Greek Economy, 2016, where I analyzed the conditions of economic growth.

A good illustration of my proposed method is the program of analysis for a current project studying coinage circulation in the Archaic and Classical worlds, in which I am currently collaborating with Dr. Walter Shandruk. The project is itself part of the NSF ‘CRESCAT’ project developed by my colleague Prof. David Schloen at the University of Chicago. The program consists in applying network analysis to the digitized contents of coin hoards, of which there are currently over one thousand in the OCHRE database. This type of analysis allows both a “big picture” perspective on coinage circulation as well as a detailed focus on regional circulation patterns. In combination with an institutional approach to the question of coinage circulation, this type of analysis will contribute to a better understanding of the financial structures of the ancient world.

My goal during the Guggenheim Fellowship is to write a book on the specific form taken by money in the ancient Greek world. The book will start from one basic question: why is it that the ancient Greeks “invented” coinage? The book aims at answering this intriguing question by providing a new investigation into the topic. The inquiry will be based not only on the analysis of coin production and circulation, but also on textual and archaeological evidence. It will make use of both economic theory and social-historical analysis. Starting from Plato and Aristotle and their debates about money, it will examine the “Big Bang” of electrum coinage in Asia Minor, and then the logic of the later developments of “Greek money,” including the bronze coins of daily life.