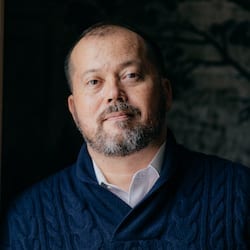 Alexander Chee’s most recent book is the widely celebrated essay collection, How To Write An Autobiographical Novel, named a Best Book of 2018 by TIME, the Washington Post, Entertainment Weekly, NPR, Wired, Esquire, Buzzfeed, New York Public Library, Boston Globe, The Paris Review, Mother Jones, and Out Magazine among others, and two of the essays were included in Best American Essays 2016 and Best American Essays 2019. His novel The Queen of the Night was a national bestseller, a New York Times Editors’ Choice, and was praised as “a brilliant performance” in the Washington Post. Chee’s debut novel Edinburgh won the Iowa Writers' Workshop's Michener Copernicus Prize in Fiction, the Lambda Literary Foundation's Editor's Choice Prize, and the Asian American Writers' Workshop Literary Award.

A contributing editor at The New Republic, and an editor at large at the Virginia Quarterly Review, his awards and fellowships include a 2003 Whiting Award, a 2004 NEA Fellowship in prose and a 2021 United States Artists Fellowship, and residency fellowships from the MacDowell Colony, the VCCA, Civitella Ranieri and Leidig House. He is an associate professor of English and Creative Writing at Dartmouth College.