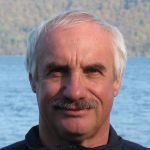 In 1977 Merkurjev became a professor at St. Petersburg University. Since 1997 he has been a professor at the University of California, Los Angeles. Merkurjev's interests lie in algebraic K-theory, algebraic groups, algebraic theory of quadratic forms, essential dimension. He was invited speaker at the International Congress of Mathematicians (Berkeley, 1986). Two times he delivered an invited address at the European Congress of Mathematics (1992, 1996); he was a plenary speaker in 1996 (Budapest).

As a Guggenheim Fellow he will focus on the study of the complexity of homogeneous spaces of algebraic groups.