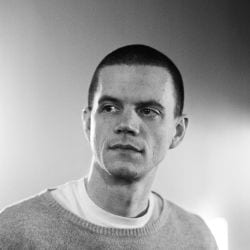 Alexander R. Galloway is a writer and computer programer working on issues in philosophy, technology, and theories of mediation. Professor of Media, Culture, and Communication at New York University, he is author of several books on digital media and critical theory, including The Interface Effect (Polity, 2012). Galloway has given over two hundred talks both across the U.S. and in ten countries around the world. His writings have been translated into eleven languages. He is recipient of a number of grants and awards including the Berlin Prize (2018), a Creative Capital grant (2006) and a Golden Nica in the 2002 Prix Ars Electronica. The New York Times has described his practice as "conceptually sharp, visually compelling and completely attuned to the political moment." A member of the NYU faculty since 2002, Galloway has also held visiting professorships at the University of Pennsylvania (Spring 2012) and Harvard University (Fall 2016).