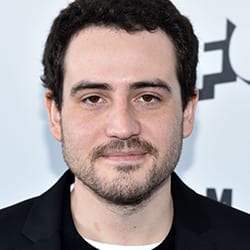 Alexandre Moratto is a Brazilian-American filmmaker known for making personal films that give urgent topics and unheard voices an international stage. Born in 1988 to a Brazilian mother and an American father, he was raised in the US by his mother in a single-parent household where Portuguese was the primary language. Growing up gay in an immigrant home fueled his need for self-expression and led him to study filmmaking at the UNC School of the Arts where he was awarded a full scholarship. His thesis film won Best Latinx Student Filmmaker from the Director’s Guild of America and led to a job as the assistant to filmmaker Ramin Bahrani (The White Tiger) who became his mentor and inspired him to explore his Brazilian heritage. He returned to Brazil and partnered with Unicef to make his debut feature film Socrates with a cast and crew of teenagers from São Paulo’s low-income communities. It was met with international critical acclaim and won him the Someone to To Watch Independent Spirit Award. His most recent film, as yet untitled, was produced by Netflix and is slated for a 2021 release. For more information, visit his website and IMDb page.