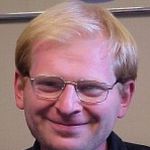 Alexei (Alyosha) Efros is an assistant professor at the Robotics Institute and the Computer Science Department of Carnegie Mellon University.  His research is in the area of computer vision and computer graphics, especially at the intersection of the two.  He is particularly interested in using data-driven techniques to tackle problems which are very hard to model parametrically but where large quantities of data are readily available.  Born in St. Petersburg, Russia,  Mr. Efros received his Ph.D. in 2003 from the University of California, Berkeley, and spent the following year as a Research Fellow at the University of Oxford.  Besides the Guggenheim Fellowship, Mr. Efros is a recipient of the National Science Foundation CAREER award (2006), the Sloan Fellowship (2008), and the Okawa Foundation Grant (2008).