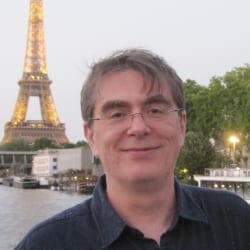 Alexey Fedorov is Professor of Ocean and Atmospheric Sciences in the Department of Geology and Geophysics at Yale University. He is a climate scientist with a keen interest in the past and future of the global ocean. As the Earth’s atmosphere warms, the climate is moving towards a state unlike any recorded by instrumental data. The change is affecting all major elements of the climate system, from the deep ocean to the stratosphere, and from the tropics to high latitudes, which presents a host of challenges and unresolved questions to the scientific community. Fedorov’s research advances our knowledge of climate and ocean dynamics in the context of this global change as well as past climate variations. He is author of more than eighty articles on a broad range of topics from El Nino and tropical cyclones to ocean circulation and Arctic sea ice; many of them were published in Nature and Science. Fedorov was one of the first scholars to suggest that El Nino may be affected by climate change. He is also broadly recognized for his studies of warm climates in past geological epochs, such as the Pliocene and the Miocene. In his work Fedorov uses a hierarchical approach that involves simulations with state-of-the-art global climate models, advanced theoretical methods, analysis of observations, and conceptual models. The ultimate goal of his research is to understand physical processes that control ocean and climate dynamics and predictability.

Fedorov received his Ph.D. from Scripps Institution of Oceanography, University of California San Diego, where he studied the dynamics on ocean waves. Before moving to Yale, he was a researcher at Princeton University. At Yale Fedorov leads the Ocean and Climate Dynamics Lab. He also collaborates with the scientists of Sorbonne University in Paris. Over the years his research has been supported by grants from NSF, NASA, Department of Energy and National Oceanic and Atmospheric Administration. Previously, he was awarded the David and Lucile Packard Fellowship in science and engineering (2007-2013). As a Guggenheim fellow Fedorov will work on the problem of global ocean circulation in warm climates.