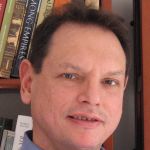 Born in Lima, Peru, Alfonso W. Quiroz specializes in Latin American, Caribbean, and world history, with an emphasis on economic history and policies.  He received his B.A. in history from the Universidad Católica in Lima and an M.A. (1981), M.Phil. (1983), and Ph.D. (1986) from Columbia University. He joined the history department of Baruch College and the Graduate Center, City University of New York, in 1986, and was promoted to Professor in 1994.

Mr. Quiroz has been a visiting professor at Bowdoin College in Maine and the Freie Universitat Berlin,  a visiting Fellow at the Universidad de Alcalá in Spain, and a Fellow of the Woodrow Wilson International Center for Scholars. His researches have been supported by an SSRC Advanced Research grant, the Bank of Spain's Quincentenary award, a Fulbright-Hays Research award, the Alexander von Humboldt Stiftung, and the World Bank's Robert McNamara fellowship.  The resulting publications include Domestic and Foreign Finance in Modern Peru, 1850-1950 (1993) and most recently Corrupt Circles: A History of Unbound Graft in Peru (2008), in addition to numerous articles in such prestigious publications as Journal of Latin American Studies, Revista de Indias, and Hispanic American Historical Review. He is also coeditor of Cuban Counterpoints: The Legacy of Fernando Ortiz (2005) and The Cuban Republic and José Martí: Reception and Use of a National Symbol (2006).  In 1995-96, he was an Economic Affairs Officer in the Department of Economic and Social Information & Policy Analysis of the United Nations, and a contributor to its World Economic and Social Survey (1996).

During his Guggenheim Fellowship term, Mr. Quiroz's project is a comparative study of the constitutional debates in Spanish America and Spain.