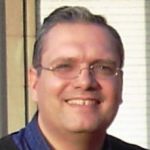 Alfredo Juan, born 1963 is full professor and principal researcher of Departamento de Fisica and IFISUR, Universidad Nacional del Sur (UNS) & CONICET, Bahia Blanca, Argentina. He received a PhD in Chemistry in 1991 from UNS. He was visiting scientist at Cornell University during 1997-1998 where he worked with Prof. Roald Hofmann (Nobel Prize,  1981),  at  Helsinki University of Technology, Finland (2006) where he worked with Prof. Risto Nieminem and Princeton University (2007) in collaboration with Prof. Emily Carter. His research activity is oriented to build a bridge between Density Functional Theory calculations and experimental surface science and includes: Surface Physical Chemistry, Computational Chemistry and Condensed Matter Physics, Theoretical Catalysis and Interfaces. In particular he has developed a fruitful Theory-experimental cooperation with groups from Hungary (Prof. Fritz Solymosi), Czech Rep. (Prof. V. Matolin) and Slovenia (Prof. M. Jenko). A. Juan is a recipient of the Guggenheim  and Fulbright fellowships. He was Dean for the Physics Department  and served as Secretary for Sci. and Technology (UNS). He has recently been appointed as a Senior Associate at ICTP (Trieste) and named from Buenos Aires Province Governor, member of the direction board of Comisión de Investigaciones Cientificas (CIC Buenos Aires, Argentina). He also serves as a member of the advisory editorial board of Applied Surface Science (Elsevier). He has advised 7 MSc. and 7 PhD Thesis and published more than 170 research papers and 400 congress presentations.