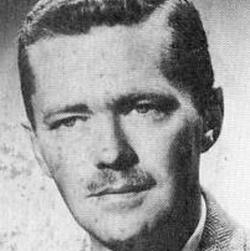 Allan B. Burdick is Professor Emeritus of the University of Missouri, where he served for twenty years as Professor of Genetics (1969-86) and Professor of Medical Genetics (1976-86). He was educated at Iowa State College, where, after a four-year interruption in his studies while he served in the Army Air Corp in England, France, and North Africa (he obtained the rank of major), he earned his B.S. in animal husbandry in 1945 and an M.S. degree in genetics in 1947.

He went on to the University of California, Berkeley, working as an Atomic Energy Commission Predoctoral Fellow as he earned his Ph.D. in genetics (1949). Assisting the Berkeley faculty, he studied hybrid vigor in tomatoes and mapped their findings using a Constant Parent Regression Analysis. Although when he joined the faculty of the University of Arkansas as an Assistant Professor of Genetics on completing his doctorate, his research focus shifted to grain sorghum and corn, he continued to study tomatoes on his own and in 1950 helped found the first tomato genetics cooperative.

A faculty member at Purdue University from 1952 to 1960, Mr. Burdick continued his studies of tomato mutations, as well as of Drosophila, and gene structure, conducting some of his research at the Brookhaven National Laboratory. Among the articles he published while at Purdue are “Genetics of Heterosis for Earliness in the Tomato” and, with Terumi Mukai, “Concerning the Equilibria of Heterotic Lethals in Random Mating Populations with Particular Reference to 1(2)55i in Drosophila Melanogaster,” both of which appeared in Genetics (vols. 39 [1954] and 45 [1960], respectively).

The year 1959 saw not only Mr. Burdick’s promotion to full Professor at Purdue, but also awards of Fulbright and Guggenheim fellowships. During his Guggenheim Fellowship term, he travelled to Kyoto University in Japan for studies of irradiation quantitative genetics in Drosophila.

After leaving Purdue in 1963, he spent three years as a Professor and the Associate Dean of Science at the American University of Beirut (Lebanon), and the following three years at Adelphi University on Long Island. In 1969, he took up an appointment as Professor and Chairman of the Genetics Department at the University of Missouri. During his tenure there of almost two decades, he served as Group Leader in Cytological and Genetical Sciences; chaired the department of genetics and cytology; and also held the position of Professor in the Division of Biological Sciences. He also was a visiting professor at Indiana University’s School of Medicine (1982) and four years later travelled to China to lecture and teach at Peking University’s Department of Biology, the Laboratory of Medical Genetics at Harbin Medical University, and the Family Planning Research Institute of Henan Province.

Allan Burdick’s research interests during his years at Missouri included mammalian genetics and cytogenetics, cryptic human bilateral asymmetries as potential polymorphic genetic markers, and carrier status risk determinations in certain late-onset human genetic diseases. His memberships in the Genetics Society of America, American Institute for Biological Sciences, American Society of Human Genetics, the Birth Defect and Clinical Genetics Society, and American Board of Medical Genetics are reflective of these interests. He also served as a reviewer for Genetics and the Canadian Journal of Genetics & Cytology, and was a Team Member for Medical Genetics in the Oral Facial Clinic of the University of Missouri, Columbia. His researches have been published in numerous important journals, including Genome, Acta Genetica Sinica, Clinical Genetics, American Journal of Human Genetics, and the Journal of Craniofacial Genetics and Developmental Biology.

Mr. Burdick is an elected Fellow of the American Association for the Advancement of Science.