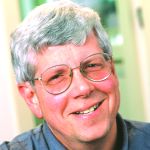 His earlier scholarship was on the social and economic history of modern Yucatán. Among his publications about late nineteenth- and early twentieth-century Yucatán are Yucatan’s Gilded Age: Haciendas, Henequen and International Harvester (1985); and with Gilbert M. Joseph, Summer of Discontent, Seasons of Upheaval: Elite Politics and Rural Insurgency in Yucatán, 1876-1915 (1996). More recently, he has focused on the history of commodities. See, with Steven Topik, The Second Conquest of Latin America: Coffee, Henequen and Oil during the Export Boom, 1850-1930 (1997).

He received his Guggenheim Fellowship in 2005-06 to complete Tropical Zion: General Trujillo, FDR and the Jews of Sosúa (2009), which tells the story of 750 Jewish refugees who fled Nazi Germany and founded an agricultural settlement in the Dominican Republic, then ruled by one of Latin America’s most repressive dictators, General Rafael Trujillo. Mr. Wells, the son of one of those settlers whose life was spared by the dictator, explains in Tropical Zion why Trujillo admitted these desperate refugees when so few nations would accept those fleeing fascism. Eager to mollify international critics after his army had massacred 15,000 unarmed Haitians, Trujillo sent representatives to Évian, France, in 1938 to a conference on refugees from Nazism. Proposed by FDR to deflect criticism from his administration’s restrictive immigration policies, the Évian Conference proved an abject failure. The Dominican Republic was the only nation that agreed to open its doors; the opportunistic Trujillo sought to “whiten” the Dominican populace, welcoming Jewish refugees who were themselves subject to racist scorn in Europe. Since the United States did not accept Jewish refugees in significant numbers, it encouraged Latin America to do so. That prodding, paired with FDR’s overriding preoccupation with fighting fascism, strengthened U.S. relations with Latin American dictatorships for decades to come.

In addition to the Guggenheim Fellowship, Mr. Wells has received fellowships from the ACLS, the NEH, the American Philosophical Society, and in 1995-1996 a visiting appointment at the Institute for Advanced Study, Princeton, New Jersey. He has taught at Bowdoin College since 1988.