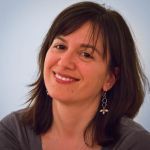 Amy Harmon is a New York Times reporter who seeks to illuminate the human dilemmas posed by advances in science through narrative storytelling. Her stories aim to inform readers about science by engaging them emotionally in classic narratives—with characters, conflict, and suspense—a form employed perhaps more often in reporting on war or politics or poverty. She is fortunate to work for a newspaper that has supported this often time-consuming pursuit.

At the Times, Harmon has won two Pulitzer Prizes, one in 2008 for her series, “The DNA Age,” the other as part of a team for the series “How Race is Lived in America,” in 2001. Her “Target Cancer’’ series received the 2011 National Academies of Science Communication Award for print journalism. In 2012, her article “Autistic and Seeking a Place in an Adult World’’ won the Casey Medal for excellence in reporting on children and families. Her stories have been anthologized in Longreads: Best of 2011 and in several issues of Best American Science Writing. Having become accustomed to thinking of her work as “long-form journalism,’’ she made her first foray into the world of “short-form e-books” in 2013 with the publication by New York Times/Byliner of Asperger Love, in which she follows two teenagers on the autism spectrum as they try to master romance and intimacy.

Harmon has written several pieces about individuals with autism, in whose biologically based social deficits she sees a reflection of the (frequently odd) rules that govern "normal" social behavior. Her Guggenheim Fellowship will help her pursue her own interest in the intense, highly focused interests often held by those on the autism spectrum. She is collecting examples of these interests, and stories about them. If you have one to share, please email her.

She lives in New York City with Scott Matthews and their eight-year-old daughter, Sasha.

Here are links to some of Harmon’s stories, as well as a video of her surreal interview with a humanoid robot.  A longer bio is available here. For her shorter-form stuff see twitter.com/amy_harmon (@amy_harmon).

Asperger Love: Searching for Romance When You’re Not Wired to Connect

Autistic and Seeking a Place in an Adult World
Justin Canha, a young artist with autism, prepares for life as an independent adult. Links to special features with Mr. Canha and his art can be found in the article text.

New Drugs Stir Debate on Rules of Clinical Trials
Two cousins developed the same lethal cancer; only one could take part in an experimental drug trial. Critics say that new science behind the drugs has eclipsed the old rules, and ethics, of testing them.

A Teacher on the Front Line as Faith and Science Clash
David Campbell is bringing Florida’s mandate to teach evolution to many students raised to take the biblical creation story as fact.

Facing Life With a Lethal Gene
Katharine Moser is learning to live with the knowledge that she will inevitably develop Huntington’s disease.

Cancer Free at 33, but Weighing a Mastectomy
More young women are learning early that they are genetically prone to breast cancer, setting off a new type of family drama.

My Genome, Myself: Seeking Clues in DNA
For as little as $1,000 and a saliva sample, customers of an infant industry will be able to learn what is known about how their biological code shapes who they are.

Hello, I'm Your Sister. Our Father Is Donor 150.
For children of anonymous sperm donors, finding a sibling, or in some cases a dozen, can feel like coming home.