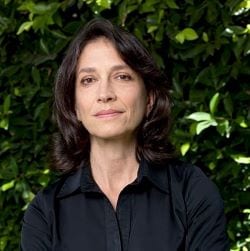 Amy Wilentz is the author of The Rainy Season: Haiti Since Duvalier, Martyrs' Crossing (a novel), I Feel Earthquakes More Often Than They Happen: Coming to California in the Age of Schwarzenegger, and Farewell, Fred Voodoo: A Letter From Haiti. She is the winner of the Whiting Writers Award, the Academy for Arts and Letters Rosenthal Award, the PEN Non-Fiction Award, and the National Book Critics Circle Award for Memoir. She has written for The New York Times, The Los Angeles Times, The New Republic, The London Review of Books, Time magazine, The Daily Beast, Politico, Condé Nast Traveler, Mother Jones, Harper's, Vogue, and many other publications. She is the former Jerusalem correspondent for The New Yorker, the former assistant editor of the now-defunct literary quarterly Grand Street, and is currently a contributing editor at The Nation. She is a frequent contributor to the podcast Start Making Sense, and teaches in the Literary Journalism Program at the University of California, Irvine. She lives in Los Angeles. Photo Credit: Paula Goldman