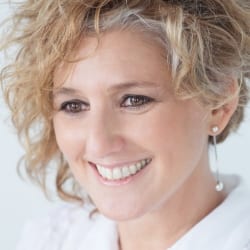 Analia Segal is an Argentine artist who has lived and worked in New York since 1999. She received her undergraduate degree from the School of Architecture, Design and Urbanism of the University of Buenos Aires in 1997 and earned her master's degree from New York University in 2001. Since then she has been exhibiting her scupltures, drawings, photographs, and installations both nationally and internationally, at galleries and museums including the Museo de Arte Moderno de Buenos Aires; White Columns, New York City; Weatherspoon Art Gallery, Greensboro, North Carolina; Kobo Chika Gallery, Tokyo; and La Planta-Omnilife, Guadalajara. She has also been the recipient of grants and awards from the New York Foundation for the Arts, the Pollock-Krasner Foundation, 100% Design, and Fundacion Antorchas. In addition, her work has appreared in numerous books and publications worldwide, among them Simply Material (Victionary), Fragile (Die Gestalten Verlag GmbH), sex design (Loft Pubs. and HarperCollins Design), and Absoluut Architectuur-Architectuur.Interieur.Design Landschap Licht (what if? Communications).

Analia Segal is currently a visiting professor at the Pratt Institute in Brooklyn.