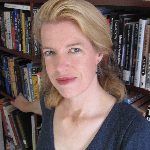 Professor Henderson’s scholarly interests center on eighteenth- and nineteenth-century literature, visual art, and science.  Her first book, Romantic Identities: Varieties of Subjectivity, 1774–1830 (Cambridge UP, 1996), challenges the long-standing assumption that one of the defining features of Romantic writing is its investment in a notion of psychological depth.  Her second book, Romanticism and the Painful Pleasures of Modern Life (Cambridge UP, 2008), offers a historical account of the Romantic fascination with the pleasures of submission and pain, arguing that what Mario Praz famously called “the Romantic agony” was not simply a bold artistic declaration of the inevitable perversities of psychic life but a compensatory response to the failure of the industrial and democratic revolutions to fulfill their promise of increased economic and political power for everyone.  The book traces the formal techniques by which Romantic art aestheticizes the contradictions and disappointments of industrial-democratic culture, recasting them in the form of a thrilling, if also painful, private psychodrama.

Professor Henderson’s most recent articles—“Math for Math’s Sake: Non-Euclidean Geometry, Aestheticism, and Flatland” (PMLA, March 2009), and “Formalist Realism in Victorian Physics and Photography” (Representations, Winter 2012)—reflect her current interest in the impact of mathematical principles on Victorian aesthetic theory.   The nineteenth century was a moment of extraordinary innovation in mathematics, witnessing the development of non-Euclidean geometry and the importation of mathematical language into philosophy.  These innovations center on mechanisms of representation, and form part of a larger contemporary debate regarding the nature and status of symbols.  Professor Henderson’s Guggenheim project, “Algebraic Art,” is an exploration of the aesthetic implications of mathematical accounts of symbolism and formal coherence.