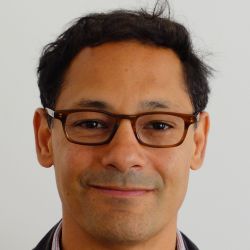 Andrew F. Jones is Professor and Louis B. Agassiz Chair in Chinese at the University of California, Berkeley, where he teaches modern Chinese literature and media culture. His Like a Knife: Ideology and Genre in Contemporary Chinese Popular Music (Cornell East Asia Series, 1992) was the first book-length study of the emergence of Chinese rock music in the years before and after the Tiananmen movement of 1989. Yellow Music: Media Culture and Colonial Modernity in the Chinese Jazz Age (Duke University Press, 2001) explored the cultural history of modern Chinese music, tracing its emergence from out of the complex musical and media topography of colonial Shanghai in the 1920s and 1930s. With the support of the Guggenheim foundation, he will complete a book entitled Circuit Listening: Chinese Popular Music in the Transistor Era, which will listen to the sonic history of the long global 1960s from the perspective of a place that is usually dismissed as marginal to the musical revolutions of those years. The book will attempt to write China back into the narrative of how we hear the explosion of new popular musics for which these years are famous; and by the same token, reinsert the “global” into our sometimes hermetic sense of Chinese cultural history in those years.

Professor Jones is also a prolific translator, whose work includes two books of fiction by the acclaimed contemporary author, Yu Hua, as well as a collection of essays, Written on Water, by one of modern China’s most legendary writers and cultural figures, Eileen Chang. He has also collaborated as a translator for a series of albums by the Taiwanese folk-rock musician and environmental activist, Lin Sheng-xiang.

His latest book is Developmental Fairy Tales: Evolutionary Thinking and Modern Chinese Culture (Harvard University Press, 2011), a study of the popularization and localization of evolutionary theory in twentieth-century Chinese print, pedagogy, and visual culture, and of the far-reaching consequences of the resultant developmentalist faith for modern China. The book won an Honorable Mention for the Modern Languages Association’s James Russell Lowell Prize.