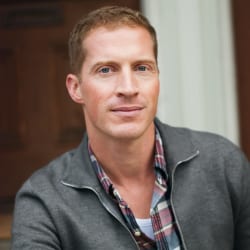 Andrew Sean Greer is the author of six works of fiction, including the bestseller The Confessions of Max Tivoli, The Story of a Marriage and, in 2017, Less, named one of the best books of the year by the New York Times, Washington Post, Paris Review, San Francisco Chronicle, New York Post and American Library Association. Greer has taught at a number of universities, including the Iowa Writers Workshop, been a TODAY show pick, a New York Public Library Cullman Center Fellow, a judge for the National Book Award, and a winner of the California Book Award and the New York Public Library Young Lions Award. He splits his time between his home in San Francisco and the Santa Maddalena Foundation writer's residency in Tuscany, where he is the Executive Director.