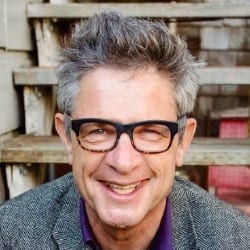 Andrew Strominger is the Gwill E. York Professor of Physics at Harvard University and a founding member of the Black Hole Initiative. He is a renowned theoretical physicist who has made pathbreaking contributions to classical and quantum gravity, quantum field theory and string theory. These include his seminal work on Calabi-Yau compactification of string theory which provides a unified framework for quantum gravity and the theory of elementary particles, the statistical origin of the Bekenstein-Hawking black hole entropy and the conformal symmetry of astrophysical Kerr black holes. Recently Strominger has discovered an exact equivalence unifying three disparate phenomena which have been separately studied for the last half-century: quantum field theory soft theorems, asymptotic symmetries and the memory effect. In recognition of his accomplishments, Strominger has been awarded numerous prizes and honors, including the prestigious 2017 Breakthrough Prize in Fundamental Physics, the 2016 Dannie Heineman Prize from the American Physical Society, the 2014 Oskar Klein Medal from the Swedish Royal Academy, the 2014 Dirac Medal from the Abdus Salam International Centre for Theoretical Physics, the 2014 Physics Frontiers Breakthrough Prize from the Milner Foundation and the 2008 Leonard Eisenbud Prize from the American Mathematical Society.