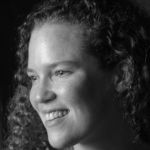 Anna Weesner’s music has been described as “animated and full of surprising turns” (New York Times, Oct. 10, 2003), as “a haunting conspiracy” (Philadelphia Inquirer, April 24, 2001) and cited as demonstrating “an ability to make complex textures out of simple devices” (San Francisco Classical Voice, March 27, 2001). John Harbison has written that “none of it proceeds in obvious ways. Her vocabulary is subtle and rather elusive; the effect is paradoxically confident and decisive.”

She has been commissioned by numerous performers and presenters, including Open End, the Newburyport Chamber Music Festival, violist Melia Watras, the MATA festival, Mary Nessinger and Jeanne Golan, the Cypress Quartet, Network for New Music, Dawn Upshaw, Sequitur and Orchestra 2001.

Recipient of a 2008 Academy Award from the American Academy of Arts and Letters, Weesner has received many other awards, including a 2006 Award for Excellence in the Arts by the Virginia Center for the Creative Arts, where she was in residence during the summers of 2007 and 2008, and a Pew Fellowship in the Arts (2003). She has been in residence at the MacDowell Colony, the Wellesley Composers Conference, Blue Mountain Center, the Summit Institute for the Arts and Humanities, the Seal Bay Festival, and at Fondation Royaumont in France. Ms. Weesner is also the recipient of a Young Composer Award from ASCAP, the Brian Israel Prize, publication in the 1995 G. Schirmer Anthology of New American Art Songs, and the Lakond Scholarship from the American Academy of Arts and Letters. Her music has been recorded on CRI.

Born in Iowa City, Iowa, in 1965, Anna Weesner grew up in New Hampshire. She currently lives in Philadelphia, where she is Associate Professor at the University of Pennsylvania. As an undergraduate at Yale she studied flute with Thomas Nyfenger and composition with Jonathan Berger and Michael Friedmann. She went on to complete a D.M.A. at Cornell University where her teachers included Steven Stucky, Roberto Sierra, and Karel Husa. She has also studied with John Harbison and George Tsontakis.