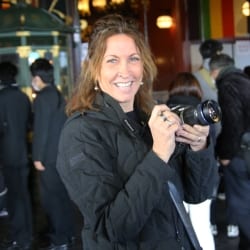 Anne Yoder began her life as a biologist when she was a young girl, collecting bugs, frogs, and other interesting creatures in her backyard. As an undergraduate at the University of North Carolina - Chapel Hill, she was first introduced to lemurs on a class field trip to the (then) Duke University Primate Center. After graduating, her passion and commitment to life as a scientist was cemented when she spent two years at the Smithsonian's Museum of Natural History as a research technician. She returned to Duke and its lemurs to complete her Ph.D. in 1992. Subsequently, she has held various academic appointments including a National Science Foundation supported postdoctoral fellowship at Harvard, an Assistant Professorship at Northwestern, and an Associate Professorship at Yale where she was granted tenure in 2004. The call of the lemurs and of North Carolina was impossible to resist, however, when she was recruited to lead the (now) Duke Lemur Center. In 2005, she returned to Duke where she has been the director of the Center and is now the Braxton Craven Professor of Evolutionary Biology.

Her career as an evolutionary biologist has been deeply satisfying, and her passion for all things Madagascar has been unwavering. She has devoted much of her energy to collaboration with Malagasy scholars and has spent more than a year of her life deep in the forests of Madagascar. Her research has been devoted to understanding how the myriad forces of climate, geography, genetics, and ecological interactions have converged to generate the unique and incredibly diverse biota of Madagascar. To support these activities, she received a National Science Foundation CAREER award in 2000 and a Josephine Bay Paul and C. Michael Paul Foundation Biodiversity Leadership Award in 2002. She has also received funding from the Humboldt Foundation, the Burroughs Wellcome Fund, the L.S.B. Leakey Foundation, the Margot Marsh Biodiversity Fund, Sigma Xi, and has received near-continuous funding from the National Science Foundation, beginning with a grant to support her dissertation research. She has published more than 100 peer-reviewed papers and has given more than 100 invited lectures world-wide. Her research has been widely covered in the popular press, including stories in the New York Times, The Huffington Post, The Washington Post, National Geographic, and the BBC News. In 2015, she was elected to be the President of the Society of Systematic Biologists, an honor that she relished as it provided a platform for communicating the power of phylogenetics, one of her greatest fascinations.

After serving as the director of the Duke Lemur Center for twelve years, Yoder is returning fulltime to the professoriate. The Guggenheim Fellowship will allow her to devote her full energy to her research program which is focused on integrative evolutionary genetics in the service of conserving biodiversity. Her project "Building and Saving Trees in Madagascar" will combine her commitment to conserving Madagascar's gravely-threatened biodiversity with her love of phylogenetics and all things genomic.