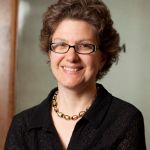 Antoinette Burton is Professor of History and Bastian Professor of Global and Transnational Studies at the University of Illinois, Urbana-Champaign, where she teaches empire and world histories. Trained as a Victorianist, she's written on feminism, politics, and empire; Indians in 19th-century Britain; 20th-century Indian women writers; archives and fiction; bodies in world history; postcolonial questions; and gender, sexuality, and colonial modernities. She has a developing interest in postwar/Cold War Afro-Asian histories as well. Her Guggenheim project, which has the working title "Empire from Below: Resistance to British Imperialism from the Opium Wars to Mau Mau," aims to reorient the rise-and-fall narrative of British imperial power toward the quotidian failures of hegemony on the ground.