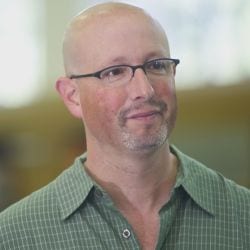 Ari Kelman is Chancellor’s Leadership Professor of History and Associate Dean for Academic Programs and Planning in the College of Letters and Science at the University of California, Davis. He is the author, most recently, of Battle Lines: A Graphic History of the Civil War (Hill and Wang, 2015), as well as A Misplaced Massacre: Struggling Over the Memory of Sand Creek (Harvard University Press, 2013), recipient of several national awards and honors, including the Bancroft Prize, and A River and Its City: The Nature of Landscape in New Orleans (University of California Press, 2003), which won the Abbott Lowell Cummings Prize.

Kelman’s essays and articles have appeared in The Journal of American History, The Journal of Urban History, The Nation, Slate, The Times Literary Supplement, and many others. Kelman has contributed to outreach endeavors aimed at K-12 educators, and to public history projects, including documentary films for the History Channel and PBS’s American Experience series. He has received many grants and fellowships, including from the National Endowment for the Humanities and the Huntington Library, and served on a variety of editorial boards, program committees, and prize juries. He is now working on a book titled, For Liberty and Empire: How the Civil War Bled into the Indian Wars (under contract with Basic Books) and editing the journal Reviews in American History.