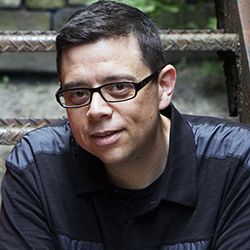 In 2009, Gaudet wrote and directed the national, Emmy-nominated documentary, The Way We Get By a heartfelt story about three senior citizens finding purpose in their life. The film had its world premiere at the South by Southwest Film Festival (SXSW) and won the Special Jury Award on its way to winning 18 festival awards around the world. The Way We Get By was released theatrically in July 2009, playing in over 60 cities across the U.S. It aired on the critically acclaimed, independent television series P.O.V. on PBS as a primetime special on Veterans Day. AARP's "Movies for Grownups" Awards honored The Way We Get By as "Best Documentary" of 2009. In 2011, Independent Magazine named Aron one of the “10 Filmmakers to Watch.”

In 2013, Gaudet was one of the creators and executive producers on the national U.S. PBS program Lifecasters, which had its world premiere at the Film Society of Lincoln Center. He also directed one of the short films for this television program, titled The Gambling Man. In 2007, Gaudet was selected as a WGBH Filmmaker-in-Residence. Gaudet has received a number of grants for his projects including from ITVS, CPB, POV, MacArthur Foundation, and the Fledgling Fund.