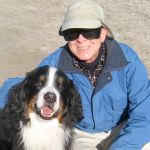 Arthur H. Saxon, author of The Life and Art of Andrew Ducrow & The Romantic Age of the English Circus and the award-winning P. T. Barnum: The Legend and the Man, as well as editor of the great showman’s letters and The Autobiography of Mrs. Tom Thumb, has published well over one hundred books and articles on the theatre, circus, and popular entertainments in general. The first American to be designated an honorary member of the French Club du Cirque, he holds a Ph.D. in the History of the Theatre and Dramatic Criticism from Yale University, in addition to degrees from ColumbiaUniversity and the University of Pittsburgh. In the course of a long and varied career, he has taught at several institutions; served as an editor and publisher; worked as a biochemist, immunologist, and medical researcher; and participated, while a member of the Army Medical Corps, in the early space program (see, e.g., Air & Space/Smithsonian, October/November 1993). In the new millennium he has written and published on his lifelong experiences as a hiker and mountaineer, besides indulging, under variouspseudonyms, his earlier interests in fiction and poetry, natural history, and what some of his many admirers have characterized as high-class pornography. Among his forthcoming and possibly posthumous works will be En Garde in the Garden (poetry), Evidences of Intelligence in the Human Race (natural history), and The Tragic Tale of Barbie.