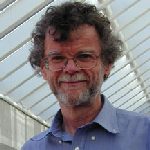 Arthur Robson's research has revolved for twenty years around the belief that modern human economic behavior is best explained by considering biological and anthropological factors. Such a view was once heretical but is becoming more widely accepted within economics.

Robson is an economic theory fellow of the Society for the Advancement of Economic Theory. He is also a fellow of the Royal Society of Canada, as well as the Econometric Society.

Robson earned his Ph.D. in Economics at the Massachusetts Institute of Technology, where he also took courses in Pure Mathematics. He was a Fulbright Fellow.