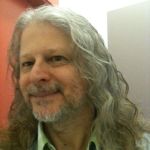 Kampela has broken new ground in two particular ways: first, in his native country he has fused popular and vernacular styles with contemporary textural techniques. His 1988 CD Epopeia e Graça uses popular music forms deconstructing samba, jazz, and musical theater, with new music’s resources, creating a true hybrid genre. Second, working with new extended-techniques for acoustic instruments, for instance in his series of Percussion Studies for solo guitar (1989 to the present), Kampela has created an entirely new playing technique extending it to many acoustic instruments. Several doctorate thesis across the globe have been written about Kampela’s music and extended-techniques for diverse instruments, principally the ones focusing on his Percussion Studies for guitar (for example, the theses of Graziela Brotz [2003], Paulino de Oliveria Neto [2010], Marlon Titre [2013], Fernando Cury [2006 master’s thesis/2014 dissertation], among many other authors.)

Some recent compositional commissions/projects are Migro for guitarist and five mobile ensembles, commissioned by the Collegium Novum Zurich for the Tage Für Neue Music Festival, Zurich, Switzerland, with soloist Arthur Kampela  and conducted by Jonathan Stockhammer conductor, 14 November 2013; Das Tripas Coração (‘From the Guts, heart’) for two pianos and two percussion, for the Berlin Piano-Percussion Ensemble, commissioned by the DAAD and the MaerzMusik Festival Berlin, which premiered on 19 March 2014; Ultraschall Festival Berlin with a three-concert retrospective presenting some of his large chamber works (i.e., Antropofagia and “…B…”) and the premiere of Máquina do Mundo (‘The Machine of the World’), for solo contrabass clarinet played by Theo Nabicht, 18 and 19 January 2013; “…B…” for ten instrumental soloists, video, and electronics, which premiered on 19 July at the Darmstadt Ferienkurse 2012 and was performed by the Linea Ensemble of Strasbourg, Jean-Philippe Wurtz, conductor (Koussevitzky commission); Uma Faca Só Lâmina (‘A Knife All Blade’), for string quartet, which premiered in May 2013 with a performance by the Momenta String Quartet at the Americas Society in New York City; As If, trio for guitar accordion and clarinet, commissioned by the Warsaw Autumn Festival 2013 and guitarist Klara TomljanoviÄ‡; Motets for two guitars, premiered at the Église Saint-Maurice (Cathedral) Reims, France, by the Newman and Oltman Guitar Duo, 2011;  Not I for horn solo, horn player’s voice, and light, premiered in November 2011 in Freiburg as well as at the Konzerthaus Berlin (May 2012) by Delphine Gauthier-Guiche; MACUNAÍMA, premiered by the New York Philharmonic conducted by Magnus Lindberg in 2009; Elastics II for flutes, guitar and electro-acoustic sounds, and Percussion Study V for viola alla chitarra and electroacoustic sounds, performed at the Museum of Modern Art of Strasbourg, France, by the Linea Ensemble, with Pablo Marquez, guitar/viola, and Mario Carolli, flute(s) (2007); Antropofagia, premiered at the ISCM 2006 (World Music Days) at the Theaterhaus Stuttgart by the Kammerensemble Neue Musik Berlin and Wiek Hijmans, on electric guitar (Fromm Commission). Kampela’s works have been performed in South America, Europe, Asia, and the United States.

He holds a doctorate in music composition from Columbia University where he studied with Mario Davidowsky and Fred Lerdahl. Previously, he studied with Ursula Mamlok at Manhattan School of Music (1992). He has also received private lessons from British composer Brian Ferneyhough (1993). In Brazil (1986–1988) he studied with the German composer Hans-Joachim Koellreutter.

Kampela’s writings about his theoretical ideas on Micro-Metric Modulation and on extended-techniques include his 1998 doctoral dissertation Micro-Metric Modulation: New Directions in the Theory of Complex Rhythms, and, more recently, his article “Micro-Metric Rhythms and Noises Emanations from the Stochastic Cloud,” which was included in a new book on Xenakis published in November 2012 by Pendragon Press. As a doctoral candidate at the City University of New York, Graziela Bortz based her dissertation (“Rhythm in the Music of Brian Ferneyhough, Michael Finissy and Arthur Kampela: A Guide for Performers,” 2003) on Kampela’s theory of Micro-Metric Modulation, using it to analyze the rhythmic strata of her subjects’ compositions.