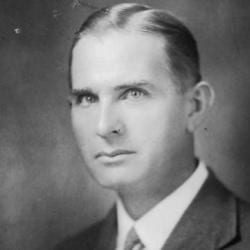 LOVERIDGE, ARTHUR: Appointed for a continuation of ecological studies on the vanishing vertebrate fauna of the tropical rain-forest remnants of East Africa, with a view to elucidation the origins of certain genera only known from the Uluguru and Usambara forests, and throwing light upon the dispersal of isolated sylvicoline forms common to the Cameroon Mountains of the west and the Usambara Mountains of the East Coast; tenure, twelve months from September 5, 1933.