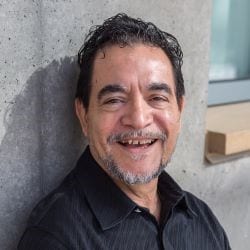 Arturo Arias was born in Guatemala in 1950, and his early life was marked by the overthrow of democracy in 1954, and the ensuing military dictatorships and civil rebellions. These experiences, along with a visit to refugee camps on the Guatemala-Mexico border in 1982, sparked his dedication to human and Indigenous rights and inspired his scholarly research. Arturo is the author of Recovering Lost Footprints: Contemporary Maya Narratives. Volume 1 (2017) and Volume 2 (2018), Taking their Word: Literature and the Signs of Central America (2007), and The Rigoberta Menchú Controversy (2000), among other scholarly monographs. Arturo is currently the Catherine T. MacArthur Foundation Professor in the Humanities at the University of California, Merced. His previous fellowships include the Hood (University of Auckland) and the Martha Sutton Weeks (Stanford Humanities Center). He has held distinguished visiting posts at Princeton, Tulane, and the University of Oregon. Arturo has received important awards for his narrative fiction, among them the Casa de las Americas Award for his novel Itzam Na (1982), the Anna Seghers Scholarship for Jaguar en llamas (1990), and the Miguel Angel Asturias National Award for Lifetime Achievement in Literature (2008) in his native Guatemala. Photo Credit: Veronica Andover