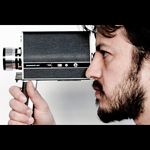 Arturo Pérez Torres was born and raised in Mexico City. He studied film in San Francisco, California, and received a Master’s Degree in sociology in the Netherlands.

After years of working in advertising he made his first documentary Wetback–The Undocumented Documentary (2005). The synopsis of this film was simple: Arturo Pérez Torres would go down with a two-person crew to the poorest country in Latin America and follow two migrants as they jump borders trying to reach the American Dream. The film premiered in January 2005 at the Cinequest Film Festival in San Jose, California, where it received the Best Documentary Award. By the end of 2006 Wetbacj – The Undocumented Documentary had screened in over fifty film festivals around the world and had won eight international awards.

For his second documentary film, Mr. Pérez Torres went back to Mexico City to document a group of five real-life superheroes: Super Animal–the defender of all animals and the enemy of Matadores, Super Barrio–the nightmare of greedy landlords, Super Gay–out to destroy homophobia, Fray Tormenta–the protector of street children, and Ecologista Universal–always fighting for the environment. These five masked activists became the subjects of his second film Super Amigos (2007).

The film premiered in Biarritz, France, in January 2007 and soon became a festival and a critical success in part due to the innovative use of comic-like animations in a documentary film. Its North American premier was at Slamdance in Park City, Utah. The following month Super Amigos screened at the Silverlake Film Festival where it won the Best Foreign Film Award. One year and over fifty international film festivals later, Super Amigos had received seven awards, most notably from the Guadalajara Film Festival (Jury Mention) and Hotdocs (Jury Mention).

Arturo Pérez Torres’s third feature documentary was entitled City Idol (2007). When municipal elections in Toronto were announced in 2006, a group of feisty activists decided that a fun and effective way to increase voter participation would be to create an American Idol like contests. But instead of participants singing in front of a crowd they would talk about their political platform. And instead of the winner receiving a record contract, he or she would get the support to run a real campaign against the incumbent.

City Idol premiered at Hotdocs in Toronto in 2007 and won the Top 10 Audience Award. City Idol was a personally important project for Arturo Pérez Torres because that year he became a Canadian citizen and was able to vote for the first time in Canada.

The Guggenheim Fellowship will help support the research and production for his next documentary film, The Last Show on Earth (2009), which deals with how the rise of gasoline prices is affecting the existence of a traveling family circus in Guatemala.