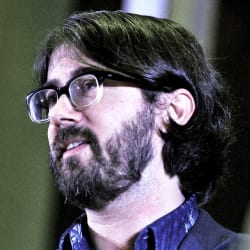 B. Andrei Bernevig is a Quantum Condensed Matter Professor of Physics at Princeton University. His research is in the theoretical prediction and description of new states of matter with quantum exotic properties. He is mostly interested in how the interplay between the seemingly different areas of topology (in mathematics), quantum insulators (in physics) and chemical bonding (in chemistry) has conspired to give us a set of remarkable new stats of matter, the topological insulators.

These states of matter are insulating in the bulk but conduct electricity perfectly on their surface, a property known as bulk-edge correspondence. Using analytical and numerical methods, he has predicted several different types of new states of matter, including the first observed topological insulator, Weyl semimetal of type 1 and 2, the first non-symmorphic insulator, and others. He is currently interested in developing a coherent predictive theory that links quantum chemistry with topological physics.

His awards/honors include the Simons Foundation Investigator Award (2016), the New Horizons Prize (2015), the Sackler Prize (2014), the Blavatnik Award (2012), the David and Lucile Packard Fellowship (2011), the Sloan Research Fellowship (2009), the McMillan Award for outstanding contributions to condensed matter physics (2008) and others.