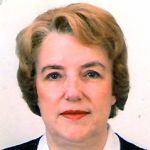 Barbara Becker-Cantarino is Research Professor in the Humanities at Ohio State University. She has taught at the University of Texas and Indiana University. Her research interests include Early Modern German Culture and Literature, Women's History and Literature, and Gender and Sexuality Studies.

In addition to her Guggenheim Fellowship, she has received a number of grants, fellowships, and awards from the National Endowment for the Humanities and  the DAAD (German Academic Exchange Service). She was a Fulbright Senior Fellow in Dresden (1998) and a recipient of the Humboldt Research Prize (1990). She has served on the editorial boards of PMLA, the Lessing Yearbook, the Goethe-Yearbook, among others, and is a co-editor of the journal Daphnis. Zeitschrift für Mittlere Deutsche Literatur. She has lectured widely in the U.S. and Europe, held visiting professorships at the Free University of Berlin, at Graz (Austria), Wroclaw (Poland), and at Oxford University. She has organized several international conferences and is planning a Humboldt Kolleg "Migrations and Germany" for October 2010 at the Ohio State University.