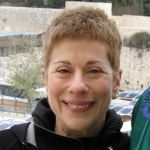 Professor Rosenwein’s scholarly career may be divided (thus far) into at least four parts. The earliest was devoted to research on the monastery of Cluny, the “light of the world (lux mundi),” as one eleventh-century pope dubbed it. This resulted in a number of publications, including To Be the Neighbor of Saint Peter: The Social Meaning of Cluny’s Property (909-1049) (Cornell UP, 1989). In the second phase, she took the measure of the whole of the Middle Ages in several textbooks, including A Short History of the Middle Ages (3d. ed, University of Toronto Press, 2009). In the third, she became interested in the history of emotions, editing Anger’s Past: The Social Uses of an Emotion in the Middle Ages (Cornell UP, 1998). A subsequent article, “Worrying about Emotions in History,” American Historical Review (2002), suggested that emotions might most fruitfully be studied as they were used, expressed, decried, and valued in the context of “emotional communities”—groups that shared emotional norms. Her book Emotional Communities in the Early Middle Ages (Cornell University, 2006) illustrated the point for the Early Middle Ages. She is now embarking on the fourth phase: a study of the history of emotions from late antiquity to about 1700.

Barbara Rosenwein is a Fellow of the Medieval Academy America and on the editorial boards of Médiévales and Passions in Context. Internationally known for her work on the history of emotions, she has given seminars and lectures on the topic in France, The Netherlands, Great Britain, Germany, Israel, Taiwan, and Sweden.