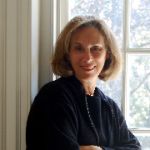 Ms. Landau's scientific research addresses the nature of human spatial understanding, the nature of language, and the relationship between the two during early development and in adulthood. Her principal theses are that, in humans, each of these systems is highly specialized, that evidence of this specialization appears early in development and under widely varying conditions of development, and that the two systems also have a natural affinity that allows them to communicate—supporting our unique human ability to talk about our spatial experience. Research exemplifying this thesis has been carried out with children who are developing under typical circumstances, as well as those who develop under unusual conditions such as congenital blindness or genetic abnormalities. Ms. Landau's research on the latter has focused on the spatial and linguistic understandings of people with Williams syndrome—a relatively rare genetic deficit in which people have very strong language but severely impaired spatial abilities.

Barbara Landau's published works include a seminal book on the blind child's acquisition of language (Language and Experience, 1985, Harvard UP), a major theoretical article on the relationship between language and space ("What and Where in spatial and spatial cognition," 1993, Behavioral and Brain Sciences), two edited volumes on language and cognition, and over seventy scientific articles. Her work has been funded by the National Institutes of Health, the National Science Foundation, and the March of Dimes Foundation. The Guggenheim Fellowship will allow her to spend a full year writing a book on the nature of spatial knowledge and language in people with Williams syndrome.