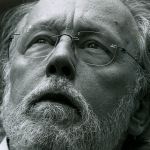 Barry Lopez (b. 1945) is the author of thirteen works of fiction and nonfiction, including Arctic Dreams and several collections of essays and short stories, among them Resistance and About This Life. He writes regularly for a variety of magazines, including Harper’s and National Geographic, and his work is frequently anthologized in such collections as Best American Essays, Best American Non-Required Reading, Best Spiritual Writing, and the "best" collections periodically issued by Outside, The Paris Review, Orion, The Georgia Review, and other publications.

He is a recipient of the National Book Award, the Award in Literature from the American Academy of Arts and Letters, the John Burroughs Medal for natural history writing, the Christopher Medal for humanitarian writing, fellowships from the Guggenheim, Lannan, and National Science foundations, the Parents’ Choice Award, the Friends of American Writers Award in fiction, and major awards from the Academy of Television Arts and Sciences, the Association of American Geographers, and the New York Public Library. He is an elected Fellow of The Explorers Club, and serves on the honorary boards of Theater Grottesco in Santa Fe, the Mountain Lion Foundation, Cities of Refuge, Reader to Reader, and other groups and institutions.

Mr. Lopez grew up in agricultural southern California and New York City, attended college in the Midwest and Far West, and has lived in rural western Oregon since 1970. His work has taken him to nearly eighty countries and he has spent long periods of time in the field with research scientists and traditional hunters in such places as the interior of Antarctica, northern Kenya, the Canadian High Arctic, and the Northern Territory in Australia.

Mr. Lopez is often described as a travel or nature writer but his work is difficult to categorize. His principal concern in nonfiction is the relationship between human societies and the places they occupy; in his fiction, his characters deal most often with issues of personal identity and intimacy. He’s also been described, especially in Europe and Australia, as a philosopher and social critic.

In both his fiction and nonfiction Mr. Lopez draws heavily on the thinking of traditional people, most often Native Americans, Eskimos and Aborigines. His New York Times bestseller, Crow and Weasel, an illustrated fable, is steeped in indigenous North American tradition, and his landmark work on wolves, Of Wolves and Men, a New York Times Editors’ Choice and a finalist for the National Book Award, devotes several chapters to Native American and Eskimo perceptions of Canis lupus.

After a benign encounter with a polar bear in the Chukchi Sea in 1981, Mr. Lopez, who until then was a landscape photographer as well as a writer, put his cameras away. (He explains why in an essay called "Learning to See," in About This Life.) He has continued, however, to work with a loose-knit group of photographers, composers, painters, playwrights, and other artists and artisans on a range of projects. He collaborates regularly with book artists, for example, on fine press limited editions of his writing, and recently worked alongside ceramist Richard Rowland to design a reconciliation ceremony between the Comanche Nation and Texas Tech University. (He wrote about Rowland in an essay called "Effleurage," also in About This Life.)

Although he rarely teaches, Barry Lopez has been, since 2003, the Visiting Distinguished Scholar at Texas Tech University, where his papers are archived in the James Sowell Family Collection in Literature, Community and the Natural World. He works regularly with graduate and undergraduate students there, both in class and on field trips. In 1989 he was the Welch Professor of American Studies at the University of Notre Dame and, in 2006, he was the Glenn Distinguished Professor at Washington and Lee University.

In recent years Mr. Lopez has turned his attention increasingly toward the plight of humanity in various parts of the world and to the impact of globalization, war, and climate change on the spiritual and social lives of both modern and traditional peoples.

He is at work on a book about his travel experience.