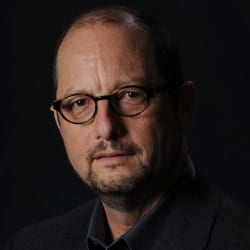 Bart D. Ehrman is the James A. Gray Distinguished Professor of Religious Studies at the University of North Carolina at Chapel Hill, where he has taught since 1988. Professor Ehrman has published extensively in the fields of New Testament and Early Christianity, having written or edited thirty-one books, including five New York Times Bestsellers: Misquoting Jesus; God’s Problem: How the Bible Fails to Answer our Most Important Question – Why We Suffer; Jesus Interrupted; Forged: Why the Bible’s Authors are Not Who We Think They Are; and How Jesus Became God. His Introduction to the New Testament has been the most widely used textbook in colleges and universities for twenty years. He has recorded eight lecture courses for The Great Courses (The Teaching Company). More than two million copies of his books and courses have been sold, and his books have been translated into twenty-seven languages.

Professor Ehrman’s work has been featured in the New Yorker, Time, Newsweek, the New York Times, the Washington Post and other print media. He has appeared on NBC's Dateline, CNN, The History Channel, National Geographic, the Discovery Channel, the BBC, major NPR shows, The Daily Show with Jon Stewart, the Colbert Report, and other top media outlets.

A widely sought after lecturer, and winner of numerous university awards and grants, Professor Ehrman is the recipient of the 2009 J. W. Pope “Spirit of Inquiry” Teaching Award, the 1993 UNC Undergraduate Student Teaching Award, the 1994 Phillip and Ruth Hettleman Prize for Artistic and Scholarly Achievement, and the Bowman and Gordon Gray Award for excellence in teaching.