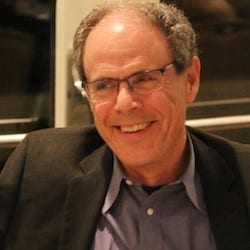 Ben Yagoda is an author, critic, and cultural historian. His books include About Town: The New Yorker and the World It Made; Will Rogers: A Biography; Memoir: A History; and The B Side: The Death of Tin Pan Alley and the Rebirth of the Great American Song. His essays, reviews, and journalism have been widely published, including in such journals as American Heritage, The American Scholar, The Atlantic, Esquire, The New York Times Magazine, The New York Times Book Review, Slate, Smithsonian and The Wall Street Journal. Until 2018, he was a Professor of English and Journalism at the University of Delaware. He has been a visiting professor at Swarthmore College and the University of Pennsylvania. He has written widely on language, usage and writing, and from 2011 until 2019 wrote a weekly essay on these topics for The Chronicle of Higher Education. He conducts two blogs. Not One-Off Britishisms chronicles British terms, like “go missing” and “chuffed,” that have been adopted in American English. And Movies in Other Movies is about films and television shows that cleverly include scenes of characters watching other films or television shows. He lives in Swarthmore, Pennsylvania. Photo Credit: University of Delaware