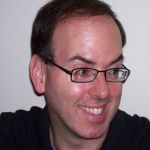 Mr. Hett’s work has focused on the intersections of law, politics, and popular media in early twentieth-century Germany. His first book, Death in the Tiergarten: Murder and Criminal Justice in the Kaiser’s Berlin (Harvard UP, 2004) focused on what he called the “courtroom culture” of Berlin in the years between 1891 and 1914. The book looked at a number of criminal trials and examined how lawyers, judges, prosecutors, defendants, witnesses, politicians, and the press understood themselves and what they were doing in the criminal court. By studying changes in practice and outcomes over time, Mr. Hett argued that a significant liberalization was underway in the courts and the broader culture well before the outbreak of war in 1914. His second book, Crossing Hitler: The Man Who Put the Nazis on the Witness Stand (Oxford UP, 2008), was a biography of the Weimar-era German trial lawyer Hans Litten (1903-1938), who became famous through his devastating 1931 cross-examination of Adolf Hitler. Through a study of Litten and his career, as well as Litten’s subsequent fate in the concentration camps of the Third Reich, Mr. Hett argued that the justice system of late Weimar was neither as judge-driven nor as consistently hostile to the political center and left as previous accounts have made out, and he argued as well that the very strength of the rule of law before 1933 explains the gradual rather than sudden corruption of it under the Nazis.

With the support of the Guggenheim Fellowship Benjamin Hett is now working on a “cultural history” of the Reichstag Fire. The project will study this pivotal event of the early period of Nazi rule in the context of the political violence and propaganda of the early 1930s, and will also analyze the controversy over who set the Fire as an important early instance of Germans' “coming to terms with the past” in the 1950s and 1960s.