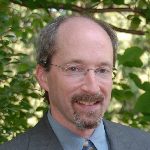 Benjamin Nathans is the Ronald S. Lauder Endowed Term Associate Professor of History at the University of Pennsylvania, where he has taught since 1998. He received a B.A. in history from Yale University (1984) and a Ph.D. in modern Russian and European history from the University of California at Berkeley (1995). Along the way he studied and worked in Germany, the Soviet Union, Israel, and France. His interests revolve around Imperial Russia and the Soviet Union, modern Jewish history, multinational civil societies, and the idea and practice of human rights.

Nathans is the author of Beyond the Pale: The Jewish Encounter With Late Imperial Russia (2002), which won the Vucinich Prize in Russian, Eurasian and East European Studies, the Koret Prize in Jewish History, the Lincoln Prize in Russian History, and was a finalist for the National Jewish Book Award in History. It has been translated into Russian (2007) and is forthcoming in Hebrew. Together with the late G. M. Deych, he edited A Research Guide to Materials on the History of Russian Jewry (19th and Early 20th Centuries) in Selected Archives of the Former Soviet Union, which appeared in Russian in 1994. He is also co-editor, with Gabriella Safran, of Culture Front: Representing Jews in Eastern Europe (2008). His articles and essays have appeared in a wide range of journals and periodicals, including The London Review of Books, The Nation, and The Jewish Review of Books. Nathans’ work has been supported by grants from the German Academic Exchange Service, the Social Science Research Council, the Andrew W. Mellon Foundation, the National Endowment for the Humanities, the International Research & Exchanges Board, the Memorial Foundation for Jewish Culture, and other institutions.

During his Guggenheim Fellowship year, Nathans will work on a book tentatively titled A Curious Kind of Liberty: Soviet Dissidents, Human Rights, and the Soviet Union after Stalin.  Its aim is to illuminate the historical contexts in which a diverse cohort of Soviet citizens found their way to the doctrine of inalienable human rights—the world’s first universal ideology—and employed its language in an attempt to contain Soviet power from within. Invoking Soviet law to limit the authority of the state, and eventually harnessing international covenants signed by Moscow, Soviet dissidents sought, as one of them put it, “something simple to the point of genius: to live like free citizens in an unfree country.” As Nathans hopes to show, that project turned out to be anything but simple.