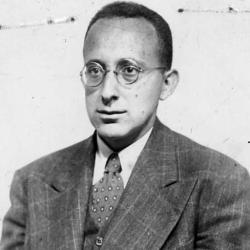 SONNENBLICK, BENJAMIN PAUL:  Appointed for studies of the embryology of the fruit fly, Drosophilia melanogaster, with special reference to the cytology and differentiation of the organs and organ systems in the larva; tenure, twelve months from August 1, 1941.