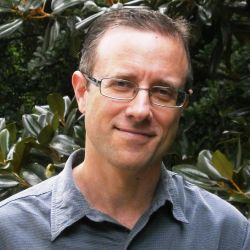 I am a professor of English at Emory University. By training I am a scholar of American literature, with primary emphasis on the nineteenth century. My work both as a writer and as a teacher has radiated out from that base to consider intersections between literature, health sciences, disability, race, and popular culture. In all of my work, I have emphasized how cultures can be understood by analyzing the recorded traces of lives and experiences that are cast to the margins of society. My Guggenheim project on the cultural and literary history of modern sleep turns to literary and documentary records of the past two centuries to shed light on that most neglected of portion of human history, the roughly 33% of it that we spend in oblivion, if we are lucky.

My first book, The Showman and the Slave: Race, Death, and Memory in Barnum’s America (Harvard UP, 2001; repr. 2010), reconstructed and analyzed P.T. Barnum’s 1835 exhibit of Joice Heth, an elderly disabled African American woman who claimed to be the oldest living human and the former nurse of George Washington. This combination freak show/public history lesson had a sensational, grisly aftermath: a public autopsy for paying spectators, which became one of the first American mass media spectacles. I used this episode to illuminate popular understandings of racial identity in relation to the story of American national origins. My next book, Theaters of Madness: Insane Asylums and Nineteenth-Century American Culture (U. of Chicago Press, 2008) was a study of the early asylum movement in relation to main currents in American culture. For this cultural history, I drew on my training as a literary scholar by focusing on the creative aspects of the “moral treatment” paradigm, which held that insanity was universally correctable if treated in a controlled therapeutic environment featuring cultural activity such as creative writing, theatrical performance, debating, and religious worship. I wanted to understand how patients, as well as doctors and outside observers, understood their own experiences as quasi-citizens who led lives of confinement in a society that trumpeted its commitment to freedom and democracy.

Both of these projects led to my increasing involvement in the interdisciplinary field of disability studies, which explores how societies draw lines between “normal” and “abnormal,” and what the consequences are for those on both sides of that shifting line. I am a founding co-director the Emory Disability Studies Initiative, and I have co-edited a new volume, Keywords for Disability Studies (New York University Press, 2015) that serves as an introduction to this field, with essays by sixty of its leading scholars. More centrally connected to my home field of literary study, I have also co-edited The Cambridge History of the American Novel (2011), which pretty much covers the gamut, from the earliest tales of seduction and international intrigue to contemporary book clubs, graphic novels, and digital storytelling forms.

My current project, Thoreau’s Bed: How Sleep Became a Problem in the Modern World, originated with a course I co-taught with Emory neurologist David Rye on “Sleep in Science and Culture.” My book asks how sleep became a nightly ordeal in need of micromanagement, medical attention, and pervasive worry. Far from a simple biological constant, sleep actually is one of the most rule-bound and tightly regimented activities of our society – and yet the rules we adhere to (sleep in one unbroken stretch for roughly eight hours; do so in a private, sealed room with at most one other consenting adult; train your children to sleep alone through the night from a very young age) seem particularly maladaptive to the waking worlds we inhibit. Henry David Thoreau, I argue, was one of the first social critics to understand this dynamic, and his trip to Walden Pond was in part an effort to recover lost “natural” rhythms of sleep and waking. Reading intellectual, social, medical, and literary history forward from Thoreau’s time to ours, I show how the problem of sleep has been addressed in areas as diverse as child psychology, self-help, social reform, pharmacology, neurology, chronobiology, industrial management, military planning, and race relations. The project is under contract with Basic Books, which plans to publish it in 2017, the 200th anniversary of Thoreau’s birth.