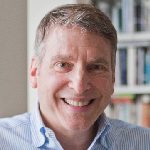 Benjamin Taylor is the author of a book of essays, Into the Open, and two novels, Tales Out of School, winner of the Harold Ribalow Prize, and The Book of Getting Even, a 2009 Barnes and Noble Discover Award Finalist, a 2008 Los Angeles Times Favorite Book of the Year, and a Ferro-Grumley Prize Finalist. In October 2009, The Book of Getting Even appeared as El Libro de la Venganza in Spain, where it was named a best book of the year by El Pais. In November 2010, Viking Press released Saul Bellow: Letters, edited by Taylor. Naples Declared: A Walk Around the Bay, a travel memoir from Marian Wood Books is scheduled for May 19, 2012. Taylor is a graduate of Haverford College and Columbia University where he earned a doctorate in English and comparative literature. He has contributed to magazines including Bookforum, Bomb, The Los Angeles Times Book Review, The New Leader, The Georgia Review, Raritan, and others. A longtime member of the Graduate Writing Program faculty at The New School, he has also taught at Washington University in St. Louis, the Poetry Center of the 92nd Street Y, Bennington College, and the Graduate Writing Division of the School of the Arts at Columbia.

"This Caring or Believing or Love Alone Matters," Introduction to Saul Bellow: Letters

Follow this link to view an essay titled "Prodigal Son"

Follow this link to read a review of Muriel Spark: A Biography titled "Goodbye Very Much"

Follow this link to view "Napoli Incomparabile," An Interview with Benjamin Taylor about Naples Declared: A Walk Around the Bay.

Follow this link to view a trailer for Benjamin Taylor's book, Naples Declared.

Follow this link to view "Last Line: Benjamin Taylor, Author of The Book of Getting Even," Esquire, June 10, 2008.