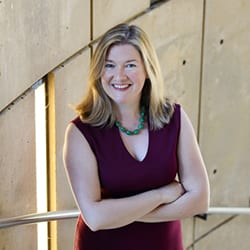 Bernadette (“Bernie”) Meyler is the Carl and Sheila Spaeth Professor of Law and Associate Dean for Research at Stanford Law School and Professor (by Courtesy) of English at Stanford University. Her work focuses on the history and theory of Anglo-American constitutionalism as well as law and the humanities. Bernie is the author of Theaters of Pardoning (Cornell UP, 2019), which examines how the actors and audiences of drama, law, and politics transformed pardoning and thereby sovereignty in 17th-century England. She also co-edited The Oxford Handbook of Law and Humanities (Oxford UP, 2020) and New Directions in Law and Literature (Oxford UP, 2017). Currently, she is completing Common Law Originalism, a book about constitutional interpretation that attempts to square fidelity to the founding era with fidelity to its common law jurisprudence. She is a frequent media commentator on issues of contemporary constitutional concern. More details about her scholarship can be found on her faculty website. Bernie studied violin at the Juilliard School before attending Harvard College and receiving her JD (Stanford) and PhD in English (UC, Irvine). After law school, she clerked for Judge Robert A. Katzmann on the United States Court of Appeals for the Second Circuit. Photo Credit: Bruce Forrester Photography