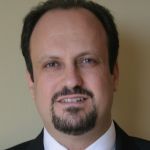 Bernard Haykel is Professor of Near Eastern Studies at Princeton University where he also is Director of The Institute for the Transregional Study of the Contemporary Middle East, North Africa, and Central Asia. Haykel’s primary research interests center on Islamic political movements and legal thought as well as the politics and history of Saudi Arabia and Yemen. His first book (Revival and Reform in Islam) is a study of a major Islamic reformist scholar, Muhammad Shawkani, who articulated an “originalist” interpretation of the Muslim texts of revelation and which would constitute a template for a revitalized Islamic social and political order. Haykel is presently completing a second book on the global Salafi movement as well as an edited volume on contemporary Saudi Arabian politics and culture. He will soon turn his attention to writing a monograph on the modern history of Saudi Arabia for which he received the Guggenheim Fellowship. Haykel obtained his doctorate in 1998 from the University of Oxford and is the receipient of various awards including the Prize Fellowship at Magdalen College, Oxford, the Ryskamp Fellowship of the ACLS, and a Carnegie Corporation Fellowship. He regularly contributes op-ed articles to the New York Times and other newspapers and engages in various outreach activities to bring his research to the attention of the general public.