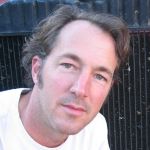 Born in Dallas, Texas, Bill Daniel is a self-trained itinerant filmmaker and photographer. He began documenting American subcultures starting with the Texas skate/punk scene in the early 1980s. His film Who is Bozo Texino? has screened in over 300 venues. He has been a participant in the underground film scenes of San Francisco and Portland, and is currently based in Braddock, Pennsylvania.