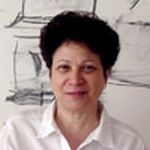 Bonnie Marranca is publisher and editor of the Obie Award-winning PAJ Publications and PAJ: A Journal of Performance and Art (originally called Performing Arts Journal), which she co-founded in 1976. She has written three collections of criticism: Performance Histories, Ecologies of Theatre, and Theatrewritings, the recipient of the George Jean Nathan Award for Dramatic Criticism. Among the many anthologies she has edited are: Plays for the End of the Century; American Dreams: The Imagination of Sam Shepard; and The Theatre of Images, one of the seminal books of contemporary theatre. Her writings have been translated into fifteen languages.

Bonnie Marranca is a Guggenheim Fellow and Fulbright Senior Scholar who has taught in many universities here and abroad, including Columbia University, Princeton University, NYU, Duke University, the University of California-San Diego, Free University (Berlin), and Autonomous University/Institute for Theatre (Barcelona). She is Professor of Theatre at The New School/Eugene Lang College for Liberal Arts.